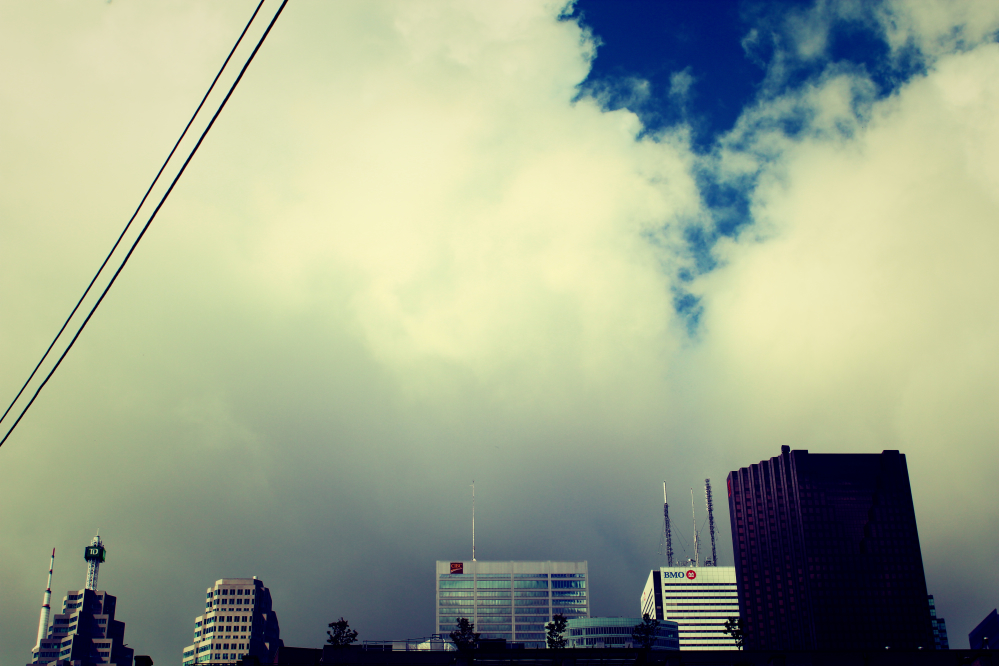 Below is a letter I sent to my MP, MPP and all Toronto City Councillors regarding the increase of homeless and drug addicted people in Toronto.

I have been a resident of the St. Lawrence Market area for over 20 years. I have noticed in the last couple of years an increase in drug addicts not only in the neighbourhood, but all of Toronto. Recently, on one of my morning walks, I stumbled upon a pile of needles by the north market construction site directly adjacent to the south market. In addition, much of St. James Park has been overrun by homeless drug addicts, to the point that regular citizens with dogs and children are incapable of enjoying their public facilities.

As both of my older siblings  are addicts, and my older brother is homeless, I clearly have empathy for those with drug dependencies, but I do feel that elected officials are incapable of finding solutions to the problem, and how these individuals are encroaching on tax payers’ safe spaces.

Local small businesses are also seeing an increase in homeless, drug addicted individuals coming into their shops and harassing employees and patrons. It’s not something that we as tax payers and voters should just get used to, though that’s what I’m hearing elected officials telling us to do. It used to be in this city that you paid a premium to live in certain areas because of their high safety rates. Now, all neighbourhoods in Toronto are seeing a sort of takeover by homeless individuals, drug addicts or both. This is not right, and it’s having a detrimental impact on our mental health.

Life in the city is becoming increasingly difficult. People are now paying $1,800 for bachelor apartments, yet their salaries are not increasing. They are often being bullied and harassed in their places of employment because employers, and those with the inclination to bully, understand that their employees have no choice but to tolerate the abuse or risk losing their jobs and their homes. In addition to this, people are ending up on the streets, with substance abuse problems, as well as a host of other mental illnesses.

It’s unfair to ask people who are just going about their way to work, or attempting to enjoy a tranquil early morning in their local park, to tolerate this type of encroachment. It’s regular in the city now to watch and hear as homeless people yell and scream at each other and other innocent residents going about their business. In fact, please come for a morning walk with me, and you too will see what I’m referring to. The other day in Starbucks an elderly lady was trying to enjoy her morning coffee while being accosted by a homeless man, clearly high on drugs, demanding that she give him money, or buy him a cup of coffee. She was visibly petrified, and in clear Canadian fashion, everyone around her pretended as though nothing was happening.

My question to you is what are your plans to combat this issue? And I’m asking that you provide a real, human answer, not one from some template. You cannot keep asking for us to keep putting up with all of this. An 1,100 square foot home should not cost someone over a $1 million to buy. Yet it appears that politicians run on platforms saying that they are going to deal with these issues only to go ahead, get elected and proceed to do nothing but increase rents on regular, everyday people struggling to pay for their groceries. Are they supposed to just be prisoners in their homes? Are they supposed to leave the city, one that they love?

What is happening to the middle and working class in this city? How much more have you determined that they’re willing to take?

This is all becoming a bit too much and it is effecting everyone’s mental health. Substance abuse problems are on the rise, as people are self-medicating to get through their days.

Please, do a better job at informing the public about how you are going to help voters thrive in their daily lives, because right now in the GTA voters are suffering. I should not be passing seven piles of vomit on my walk to work in the morning, but that appears to be where we are at presently.

Please see attached for photographic evidence from two separate morning walks in the past four months.

Beautiful photos of hiking and other outdoor adventures.

"shooting people and animals since the 1980's"

alwaysanadventure
pieces of me
AITCH : Away in the creative hub

Life and times while I am at the University of Creative Art ... not wanting to waste a minute of this precious time.