I went on a bit of a pilgrimage this morning. Alexander Sandy LeBlanc, a popular Toronto bar manager, was murdered in his home at 16 St. Joseph Street on September 20, 1978. His body was found by three friends. He died from more than 100 stab wounds. LeBlanc was the second gay man to be murdered that week.

I’ve listened to the podcast Uncover: The Village several times now, and in it they discuss LeBlanc’s murder and how quickly he was forgotten. How quickly so many of the gay men murdered around that time were forgotten. Their murders remain unsolved.

I went by the apartment building where he died, it’s still standing. There were many complex feelings. I thought about how cruel life can be, how dismissive we are of cruel events. Nothing can ever bring him back I get that. I felt maybe I’d throw his memory up into the ether.

I thought about who he would be now as a 72 year old man. We look past people all the time, through them. We never think about what it is that they are carrying.

Reading about gay Toronto during a more turbulent time for homosexuals leaves me conflicted. I long for a time when life was simpler, when we spoke to one another more. However, I’m cognizant that it was also a time of extreme prejudice towards people like me.

But that’s not all. Because being gay was taboo many of these men had to flee the small towns where they were raised, disowned by their family and friends. They came to Toronto and found safety in the gay bars. It must have felt confining to befriend people that you may not have wanted to be friends with. There was a particular type of forced communion.

Every now and again I walk up Yonge Street and I pass the clock tower that was once a defining symbol of the St Charles Tavern. The tavern is long gone now, rising above where it one stood will be a trendy condo tower. Sometimes I stand opposite and try to imagine the drag queens who once entertained there, the cigarette smoking patrons outside on a cold winter night. It’s all gone now, a part of history. The only vestige of that time is the clock tower.

I’m a middle aged man. I’m older than Sandy LeBlanc ever got to be. It’s sad that he never had the opportunity to grow older, find a partner, or a life that was right for him.

There’s so much history in this city, tragedies that we ignore. Lives destroyed for the darkest of reasons.

Whatever trivial concern I have today, or tomorrow, I’m reminded that I’m lucky to breathe another day. 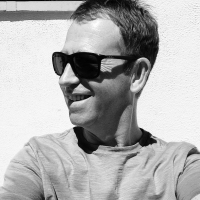 Beautiful photos of hiking and other outdoor adventures.

"shooting people and animals since the 1980's"

alwaysanadventure
pieces of me
AITCH : Away in the creative hub

Life and times while I am at the University of Creative Art ... not wanting to waste a minute of this precious time.